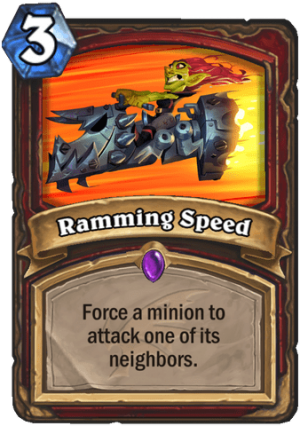 Ramming Speed is a 3 Mana Cost Epic Warrior Spell card from the Descent of Dragons set!

Force a minion to attack one of its neighbors.