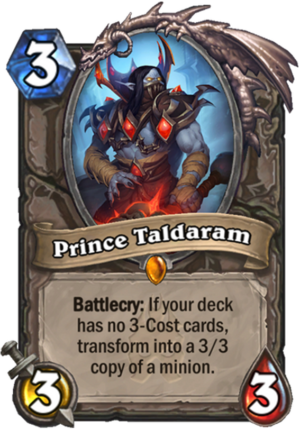 Prince Taldaram is a 3 Mana Cost Legendary Neutral Minion card from the Knights of the Frozen Throne set!

Battlecry: If your deck has no 3-Cost cards, transform into a 3/3 copy of a minion.

Three Princes stand before you. This one wants to copy others.
Tweet