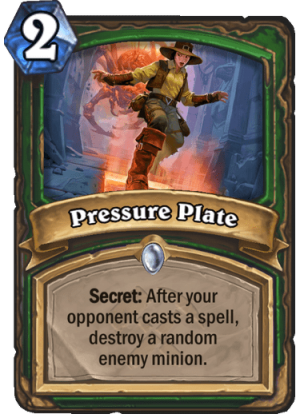 Pressure Plate is a 2 Mana Cost Common Hunter Spell card from the Saviors of Uldum set!

Secret: After your opponent casts a spell, destroy a random enemy minion.