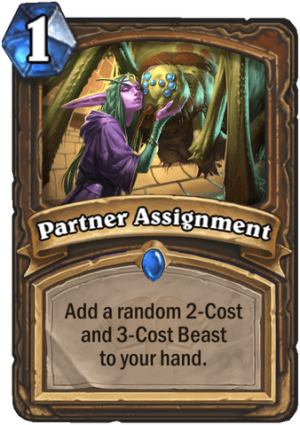 Add a random 2-Cost and 3-Cost Beast to your hand.

In every group assignment, someone does all the legwork.
Tweet