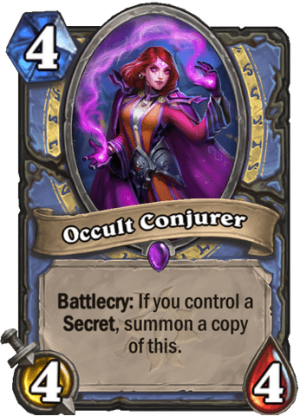 Occult Conjurer is a 4 Mana Cost Epic Mage Minion card from the Madness at the Darkmoon Faire set!

Battlecry: If you control a Secret, summon a copy of this.