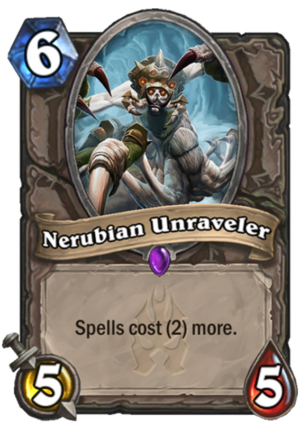 Nerubian Unraveler is a 6 Mana Cost Epic Neutral Minion card from the Knights of the Frozen Throne set!