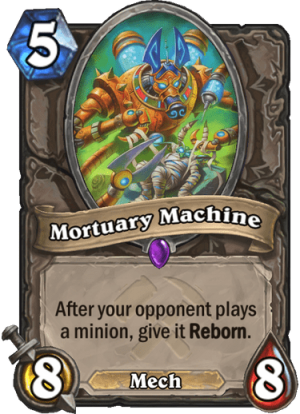 After your opponent plays a minion, give it Reborn.