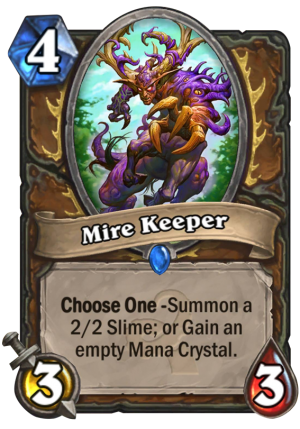 Mire Keeper is a 4 Mana Cost Rare Druid Minion card from the Whispers of the Old Gods set!

Choose One - Summon a 2/2 Slime; or gain an empty Mana Crystal.