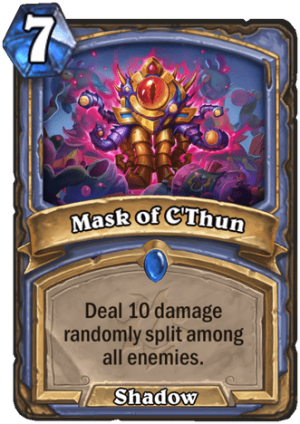 Mask of C’Thun is a 7 Mana Cost Rare Mage Spell card from the Madness at the Darkmoon Faire set!

Hide in the mask, but it will wear you. Through its gleaming eye, you shall see true.
Tweet