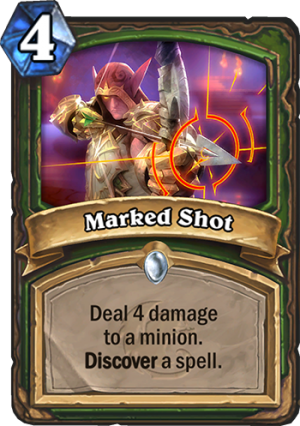 Deal 4 damage to a minion. Discover a spell.