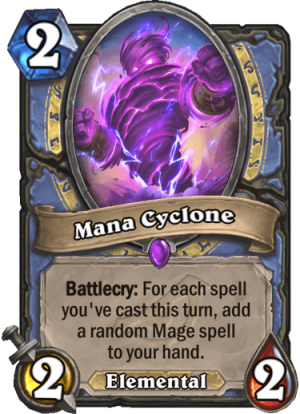 Battlecry: For each spell you've cast this turn, add a random Mage spell to your hand.

It'll put a good spin on your spells.
Tweet