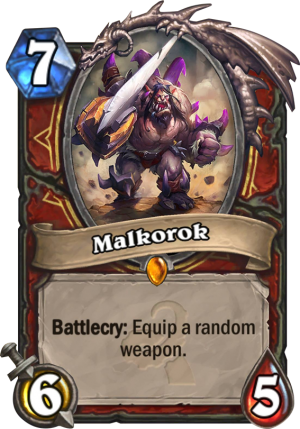 Malkorok is a 7 Mana Cost Legendary Warrior Minion card from the Whispers of the Old Gods set!

Garrosh's best buddy. It's true. Look it up.
Tweet