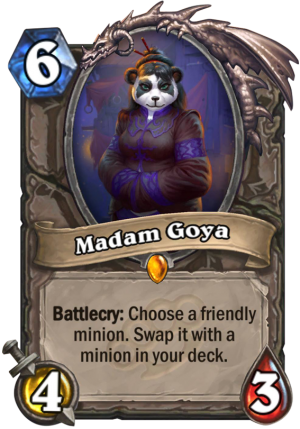 Battlecry: Choose a friendly minion. Swap it with a minion in your deck.

She has set up her Black Market here in Gadgetzan for one purpose, to make a KILLING when Beanie Babies make their inevitable comeback.
Tweet