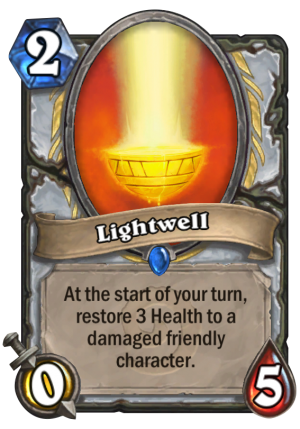 Lightwell is a 2 Mana Cost Rare Priest Minion card from the Classic set!

At the start of your turn, restore 3 Health to a damaged friendly character.

It isn't clear if people ignore the Lightwell, or if it is just invisible.
Tweet