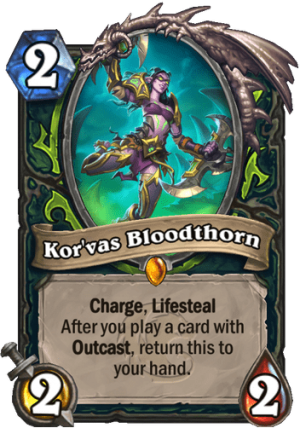 Charge, Lifesteal After you play a card with Outcast, return this to your hand.

Illidan taught her that demon hunters should sacrifice EVERYTHING… but she still brought Lifesteal just in case.
Tweet