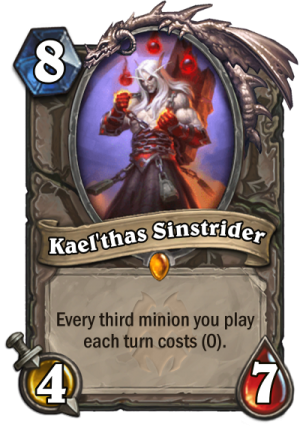 Every third minion you play each turn costs (0).

You heard about Kael'thas? That's messed up, right?
Tweet