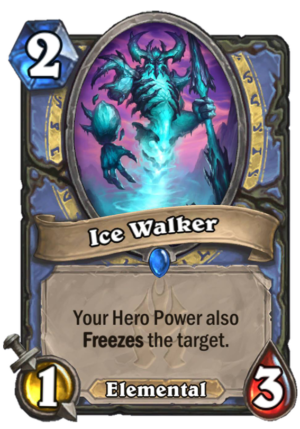 Ice Walker is a 2 Mana Cost Rare Mage Minion Elemental card from the Knights of the Frozen Throne set!

Ice Walker you say? He doesn't have feet!
Tweet