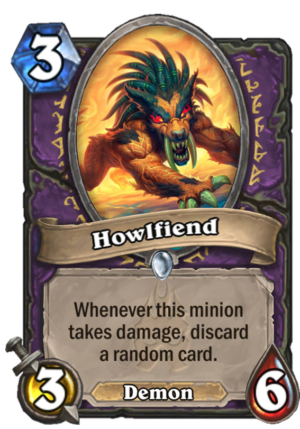 Howlfiend is a 3 Mana Cost Common Warlock Minion Demon card from the Knights of the Frozen Throne set!

Whenever this minion takes damage, discard a random card.

The problem is that he carries those cards in his mouth.
Tweet