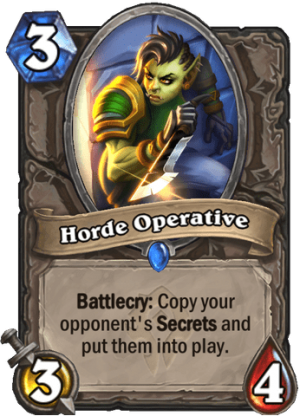 Horde Operative is a 3 Mana Cost Rare Neutral Minion card from the Forged in the Barrens set!

Battlecry: Copy your opponent's Secrets and put them into play.