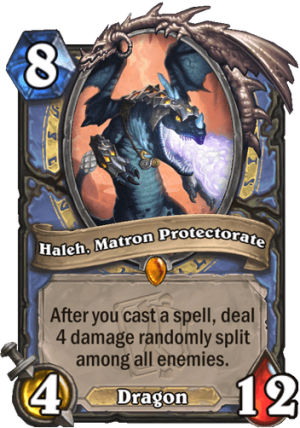 After you cast a spell, deal 4 damage randomly split among all enemies.