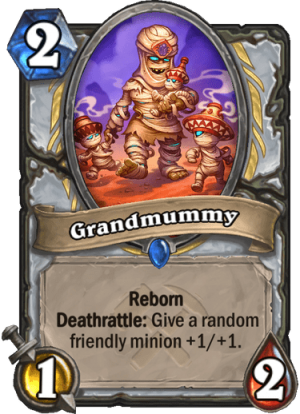 Grandmummy is a 2 Mana Cost Rare Priest Minion card from the Saviors of Uldum set!