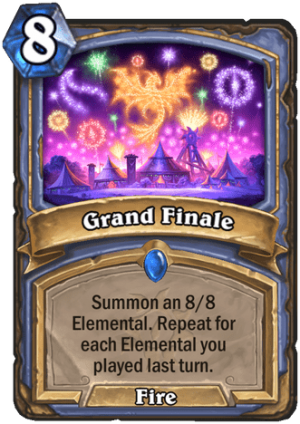 Grand Finale is a 8 Mana Cost Rare Mage Spell card from the Madness at the Darkmoon Faire set!

Summon an 8/8 Elemental. Repeat for each Elemental you played last turn.

Considering all the other hazards at Darkmoon, overindulgent pyrotechnics seem downright pedestrian.
Tweet 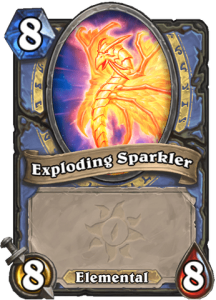