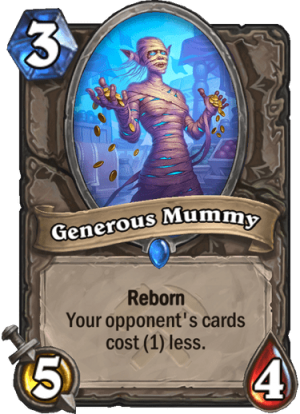 Generous Mummy is a 3 Mana Cost Rare Neutral Minion card from the Saviors of Uldum set!

Yeah, she's mummified, but her money hasn’t dried up!
Tweet