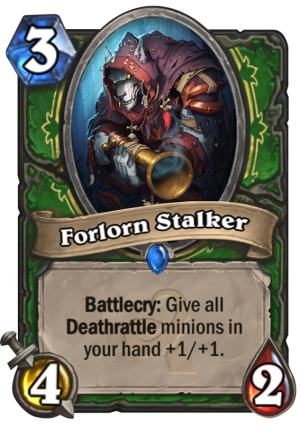 Forlorn Stalker is a 3 Mana Cost Rare Hunter Minion card from the Whispers of the Old Gods set!

Battlecry: Give all minions with Deathrattle in your hand +1/+1.

He's going to leave the dying up to you, if that's cool.
Tweet