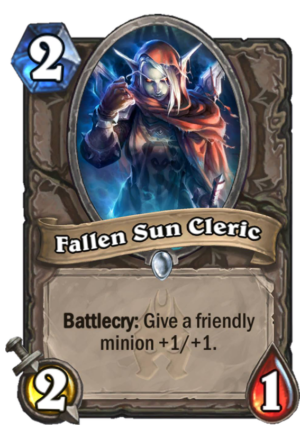 Fallen Sun Cleric is a 2 Mana Cost Common Neutral Minion card from the Knights of the Frozen Throne set!

Battlecry: Give a friendly minion +1/+1.

It's hard to keep a Shattered Sun Cleric down.
Tweet