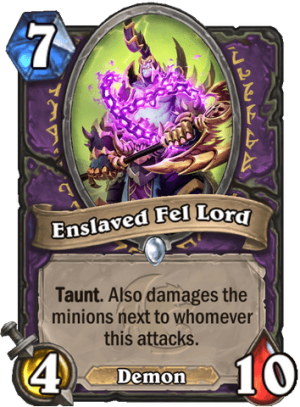 Taunt. Also damages the minions next to whomever this attacks.

He's not really chained up. He just wears that to scare the imps when they get too unruly.
Tweet