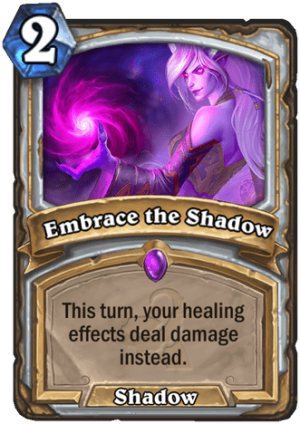 Embrace the Shadow is a 2 Mana Cost Epic Priest Spell card from the Whispers of the Old Gods set!

This turn, your healing effects deal damage instead.