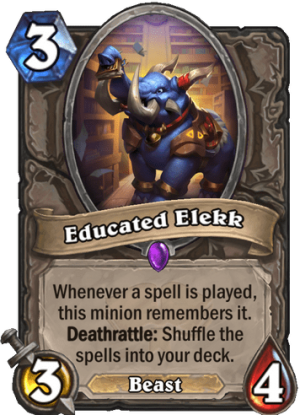 Whenever a spell is played, this minion remembers it. Deathrattle: Shuffle the spells into your deck.

"This reminds me of a saying. 'An elekk never…' something. I can't remember."
Tweet