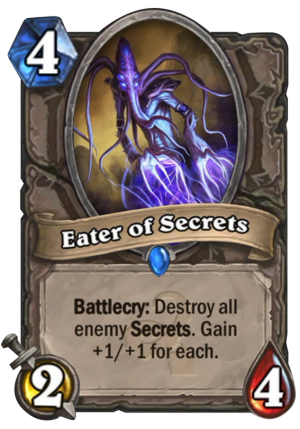 Eater of Secrets is a 4 Mana Cost Rare Neutral Minion card from the Whispers of the Old Gods set!

Battlecry: Destroy all enemy Secrets. Gain +1/+1 for each.

You don't want to be around after it has eaten an explosive trap. You thought Sludge Belcher was bad...
Tweet