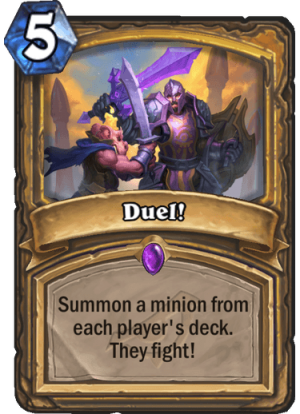 Duel! is a 5 Mana Cost Epic Paladin Spell card from the Rise of Shadows set!

Summon a minion from each player's deck. They fight!

If you don’t fight to the death, it’s Duel Yielding.
Tweet