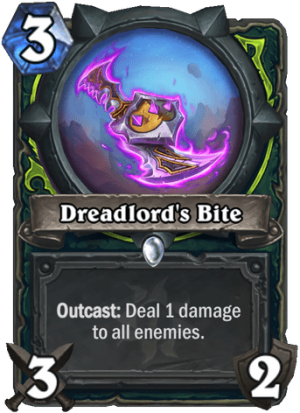 Dreadlord’s Bite is a 3 Mana Cost Common Demon Hunter Weapon card from the Madness at the Darkmoon Faire set!

Outcast: Deal 1 damage to all enemies.

When it gets too dull, it's more of a nibble.
Tweet