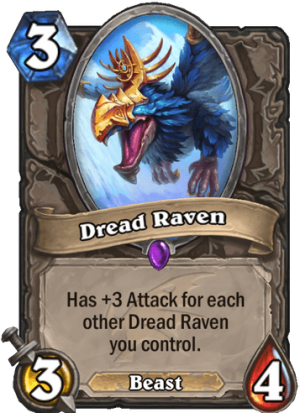 Has +3 Attack for each other Dread Raven you control.

Fun Fact: A group of three Dread Ravens is an unkindness. Four is lethal!
Tweet