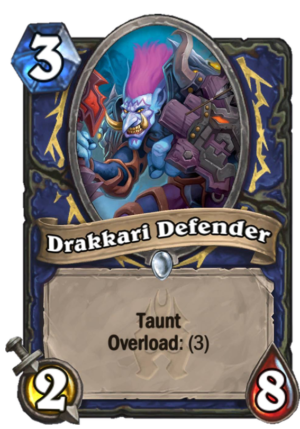 Drakkari Defender is a 3 Mana Cost Common Shaman Minion card from the Knights of the Frozen Throne set!

Sometimes, the best defense is an offensive troll.
Tweet