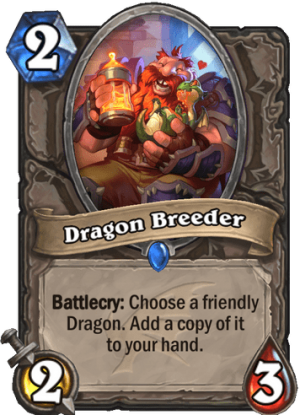 Dragon Breeder is a 2 Mana Cost Rare Neutral Minion card from the Descent of Dragons set!

Battlecry: Choose a friendly Dragon. Add a copy of it to your hand.

Deathwing would have been more well-adjusted if he'd been raised by this guy.
Tweet