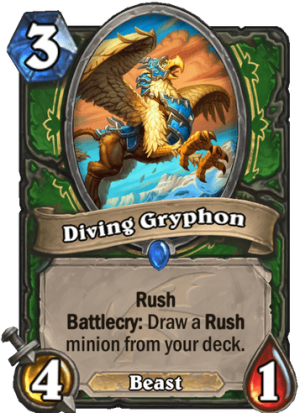 Rush, Battlecry: Draw a Rush minion from your deck.