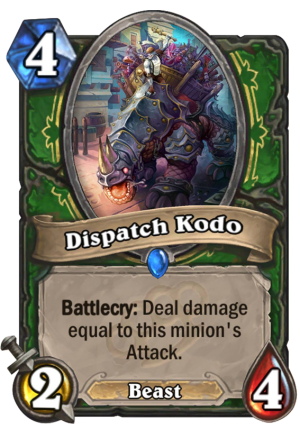 "Crime reported at First Bank of Gadgetzan. Huge quantities of Jade being carried away by what looks like a bunch of Hozen. Kodo 77 can you make it over there now?"
Tweet