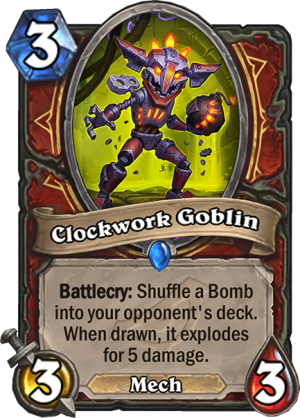 Battlecry: Shuffle a Bomb into your opponent's deck. When drawn, it explodes for 5 damage.