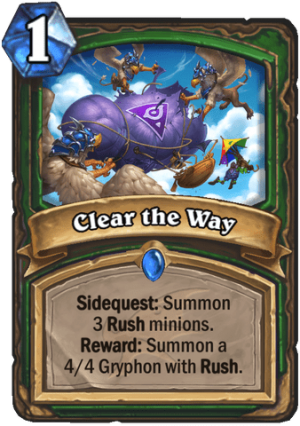 Clear the Way is a 1 Mana Cost Rare Hunter Spell card from the Descent of Dragons set!

The terrifying part is the gryphons' squeaky voices afterward.
Tweet 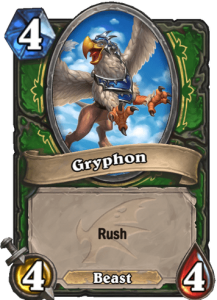 Cards Relating to Clear the Way