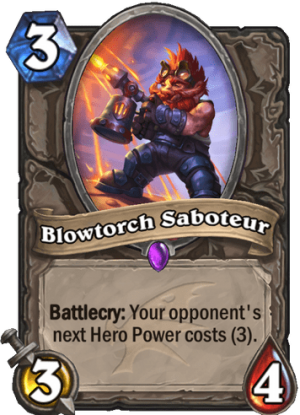 Blowtorch Saboteur is a 3 Mana Cost Epic Neutral Minion card from the Descent of Dragons set!

Before he came along, we went through a lot of duct tape.
Tweet