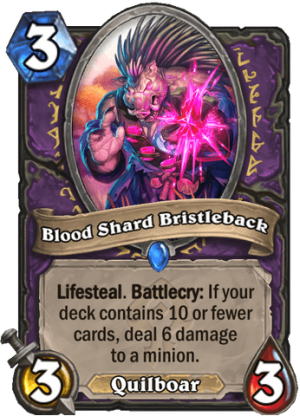 Blood Shard Bristleback is a 3 Mana Cost Rare Warlock Minion Quilboar card from the Forged in the Barrens set!

Lifesteal. Battlecry: If your deck contains 10 or fewer cards, deal 6 damage to a minion.