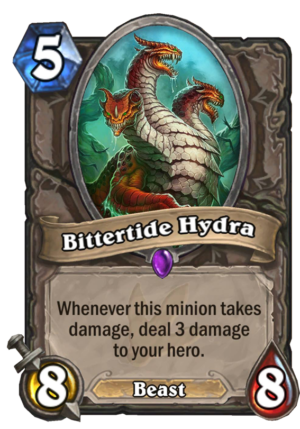 Whenever this minion takes damage, deal 3 damage to your hero.

It's actually only the middle head that's bitter. The others are sweet and spicy.
Tweet