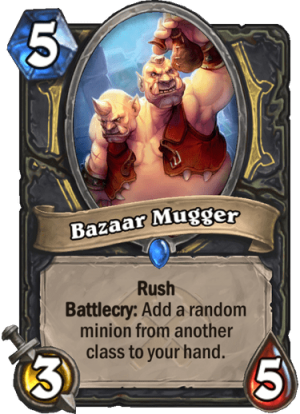 Bazaar Mugger is a 5 Mana Cost Rare Rogue Minion card from the Saviors of Uldum set!

Rush Battlecry: Add a random minion from another class to your hand.