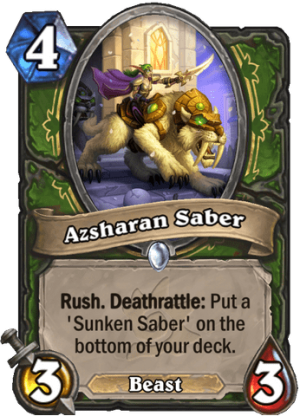 Azsharan Saber is a 4 Mana Cost Common Hunter Minion Beast card from the Voyage to the Sunken City set!

Rush. Deathrattle: Put a 'Sunken Saber' on the bottom of your deck.

Even in ancient times, the Night Elves were committed cat people.
Tweet 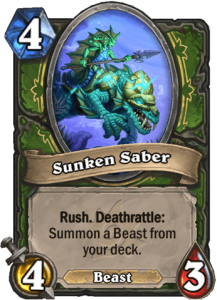