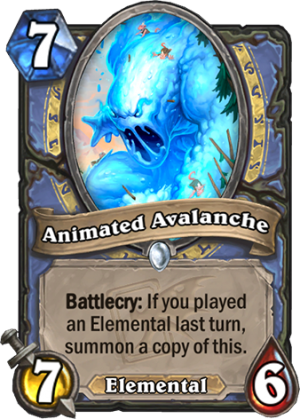 Battlecry: If you played an Elemental last turn, summon a copy of this.

Always sliding down mountains because it can't stop talking with its hands.
Tweet