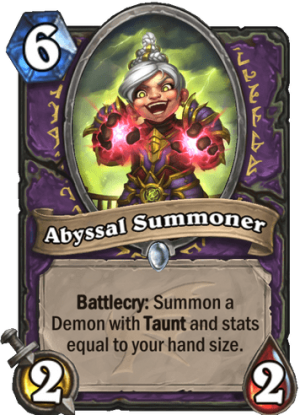 Abyssal Summoner is a 6 Mana Cost Common Warlock Minion card from the Descent of Dragons set!

Battlecry: Summon a Demon with Taunt and stats equal to your hand size.