Update: It seems that the teaser was just posted too early – it’s back now! And this time with a gif instead of image! Also, the new Twitter/Facebook posts link to Hearthstone Twitch and YT channels, pretty much confirming that we’ll get some kind of announcement then. After seeing the whole gif I’m not sure about the Nagrand/Outland theory, but I’ll leave it out there since it’s also a possibility!

While our wait isn’t over yet, we’ve got some actual, semi-confirmed date! Blizzard has posted this interesting message on their Facebook page, although they have removed it pretty quickly (luckily for us, not quickly enough for some fans to not grab a picture). That’s why I’m talking about “semi-confirmed”. Remember that it’s the second “leak”, the first one suggested that the next Standard year might be a “Year of the Phoenix”. However, while Phoenix itself doesn’t tell us that much (of course it might, but the Standard year’s symbol doesn’t always have a deeper meaning behind it and even if it has, it might not be very straightforward), this new image absolutely might.

A Storm is Coming ⚡️

There are three things to look at here. First, the most obvious – date. It seems like we’ll get some announcements on March 17. It’s hard to say whether it will be an expansion announcement, Standard Year (with HoF etc.) announcement, or maybe both. But given that the next set should launch early-mid April, it’s about time to finally showcase it!

The second and third parts – image and “a storm is coming” teaser – seem to be connected. Through the blurry images, you can see some floating islands, ancient constructions and what seem to be waterfalls… a view well-known to more oldschool WoW players. Nagrand, Outland. And one specific place in particular comes to mind – Throne of the Elements, which would actually connect both clues together. 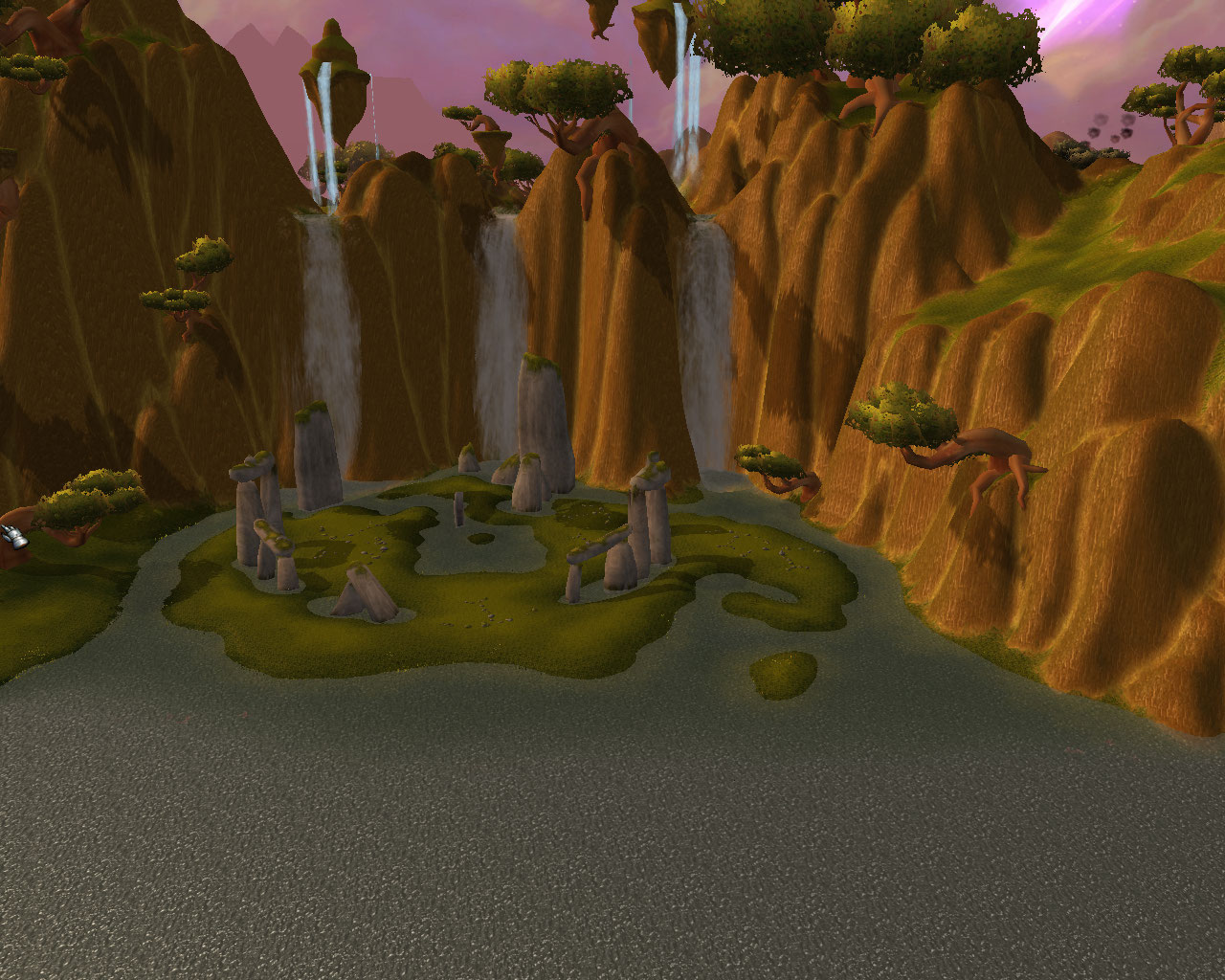 While the place didn’t play a huge gameplay role in WoW, it had a massive lore behind it. It was a residence of four Elemental Furies of Draenor, and Orcs (a race originally coming from Outland) used to have a big temple over there, where the first Shamans trained to harness the power of elements. This is also the place where Gul’dan turned to the dark side after being rejected by the elements (because they sensed darkness in him). All in all, it’s a pretty cool place with lots of lore behind it.

However, unless they come up with some alternative story (such as the one we had in Mean Streets of Gadgetzan), Nagrand alone doesn’t seem big enough to contain the entire expansion. Yes, the place is rich, but creating 135 cards around it might be too bland. That’s why I think that either Blizzard will come up with some “alternative universe” version of the location, or we might see other Outland zones as well. And that would easily give them enough content even for a few sets!

Or at least that’s what the picture reminded me of. If you have any other guesses (I’ve already seen someone people pointing out to Maraudon or Throne of Thunder), you should definitely share them in the comments!