This week’s Tavern Brawl is “Valeera’s Bag of Burgled Spells”!

Valeera has stolen spells from every class and filled your deck with them! Each of those spells will summon a random minion of the same cost when played. 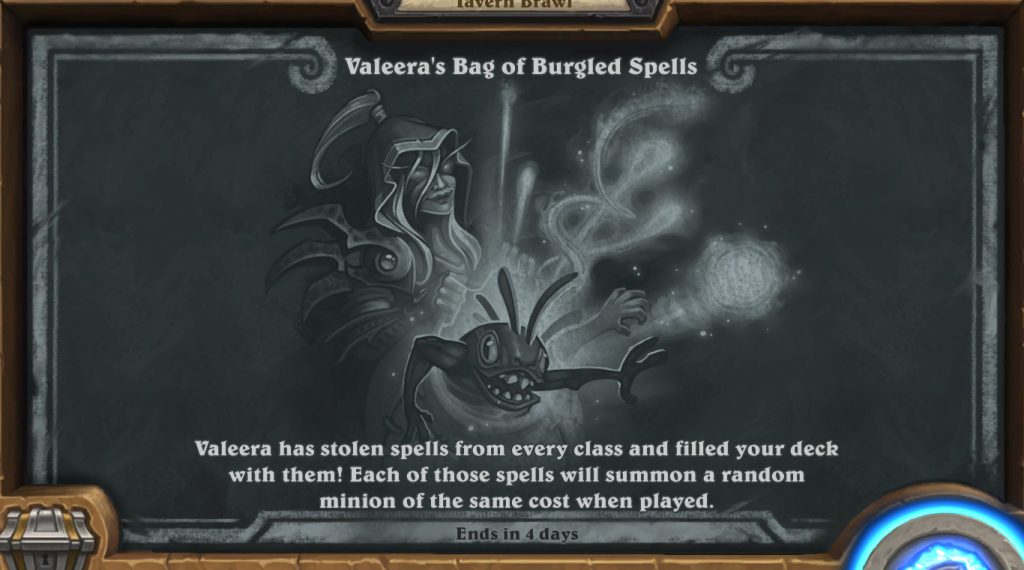